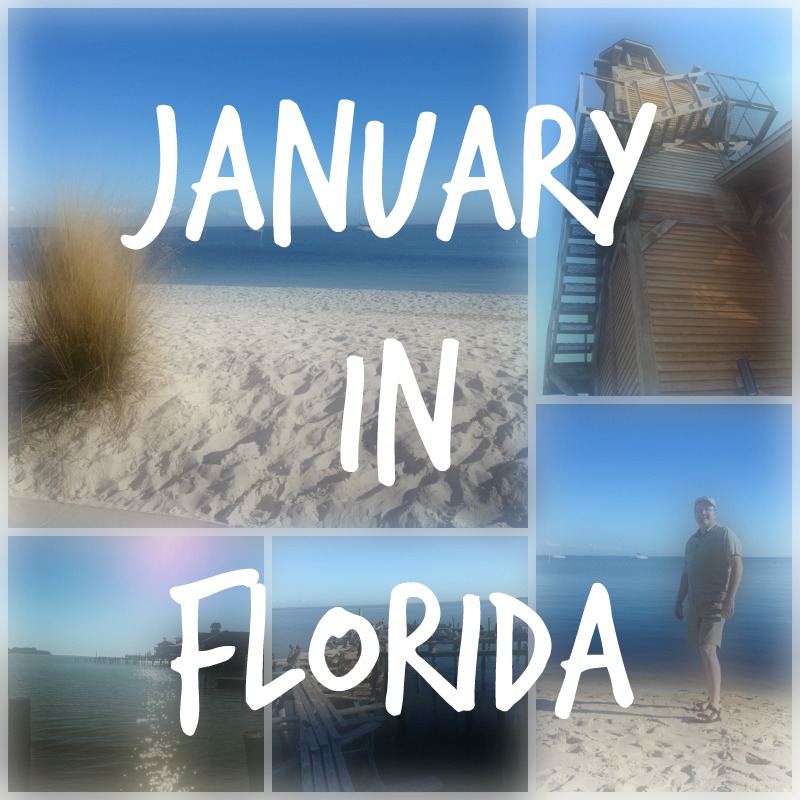 Florida is an irresistible paradise of sunshine, and things to do and see.

That doesn’t surprise you, does it?

Before our  full-time travels, Robert and I had only spent more than a week in Florida three times.  All our experiences were swift, and included the requisite Disney visit. We enjoyed our holidays, as I’m sure many of you also have enjoyed holidays in Florida. However, for us, those holidays didn’t provide a true idea of what living in Florida might be like.

Living in Florida for two months.

Yes – before you think otherwise (or snort with derision) – living in Florida for two months does not make us Floridians.

Nor does it give us all the insights of people who have been coming to Florida for four or more months at a time – for dozens of years. But these two months – one in Northern Florida and one in Southern Florida – have given us a taste. A tiny taste to savor. OK. A slight, sweet, sip of the winter months in Florida.

However, we haven’t been on holidays – we’ve been working and living as normal a life as is possible on-the-road.

This post is the first of two parts. (There’s a link to the second part at the bottom of this post.)

Our first spot in northern Florida was in Williston.

Williston is in the Northern part of Florida – between Ocala and Gainsville – population 3000. We became residents 3001 and 3002 for the month of January.

It’s a tiny town – with a few stores, banks, a small hospital etc. A park with a howitzer and generator… 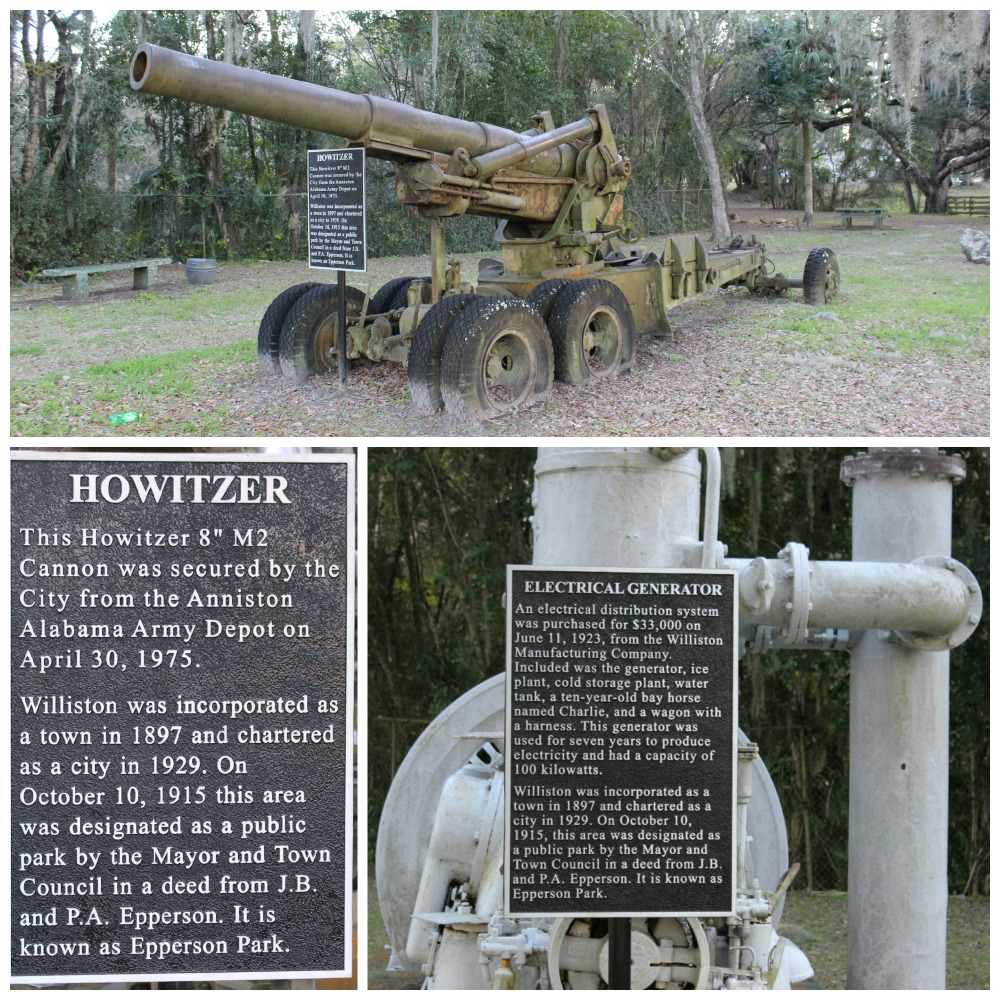 However, the library is tiny – with non-existent Wifi  and staff who aren’t able to solve their own technology problems. (Sorry Levy County Libraries – just keeping it real!)

It is unique, though, as they converted an old bank, including the vault.  For sheer novelty, it’s the cutest library we’ve seen in almost a year’s travel. 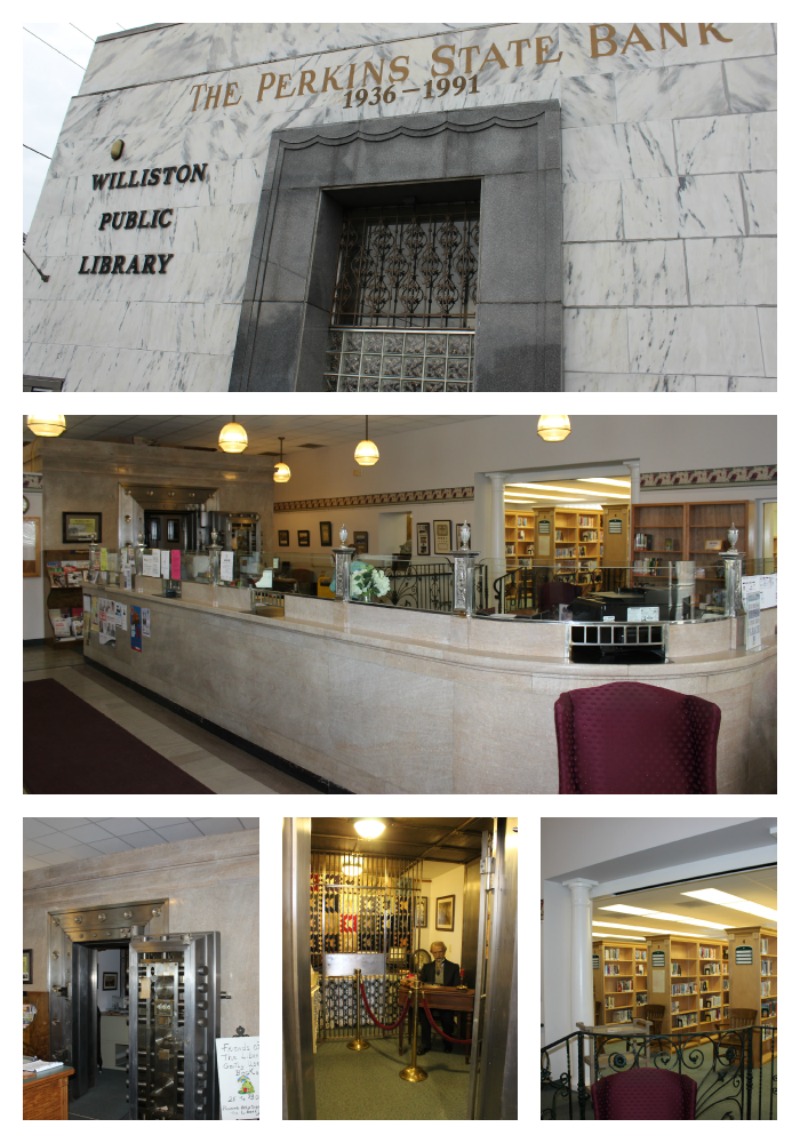 The largest part of the town is the RV Resort – Williston Crossings. 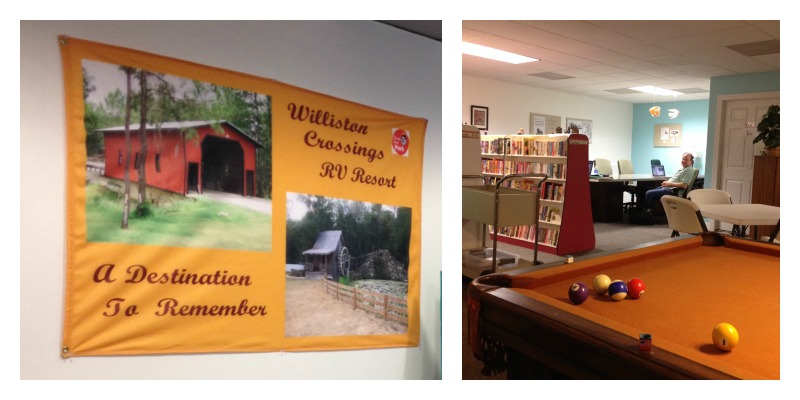 With 450 sites, and every amenity you’d ever want, including a thriving activities calendar, this spot was our favorite. Not because of the amenities… but because we had a large, quiet spot, backing onto a quarry. (Oh, the little library in the club house was a good thing too!) 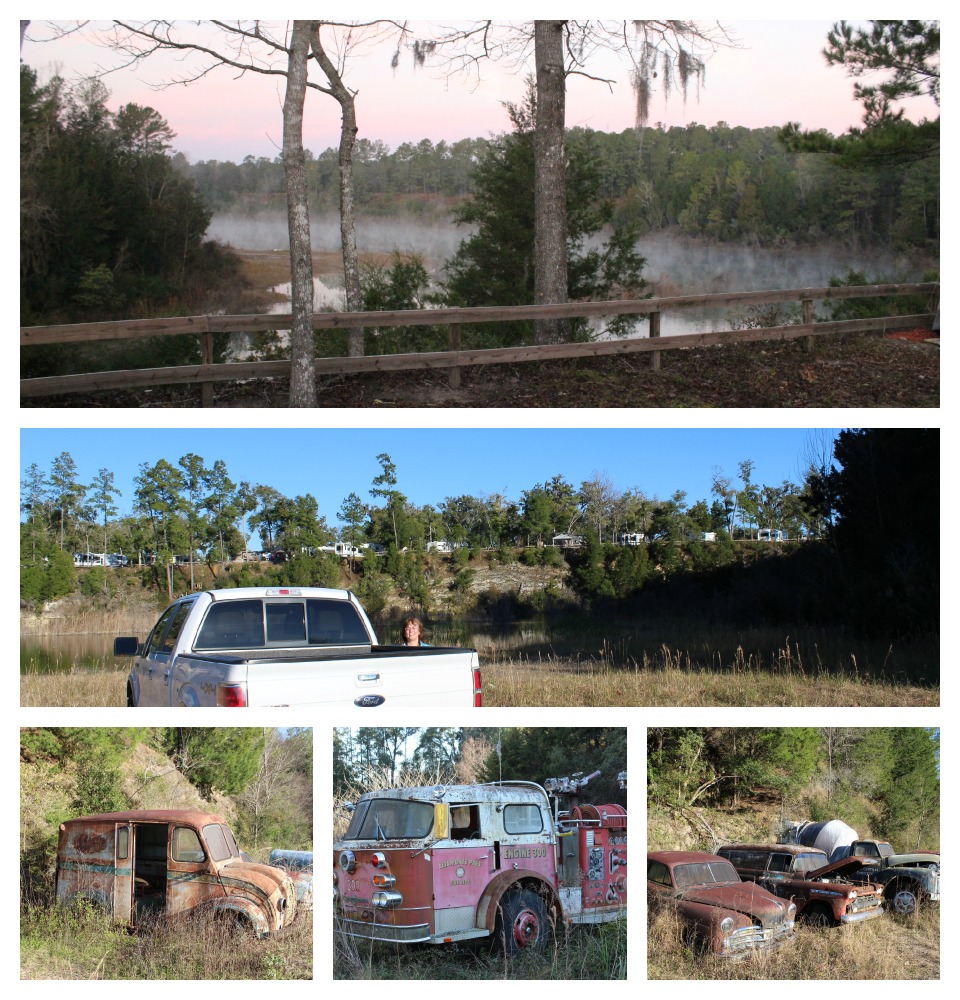 Down in the quarry there were abandoned vehicles, and I kept looking for alligators, but didn’t see any the entire time! (Locals swore there were some in that water, and warned not take little dogs for a walk down there!) 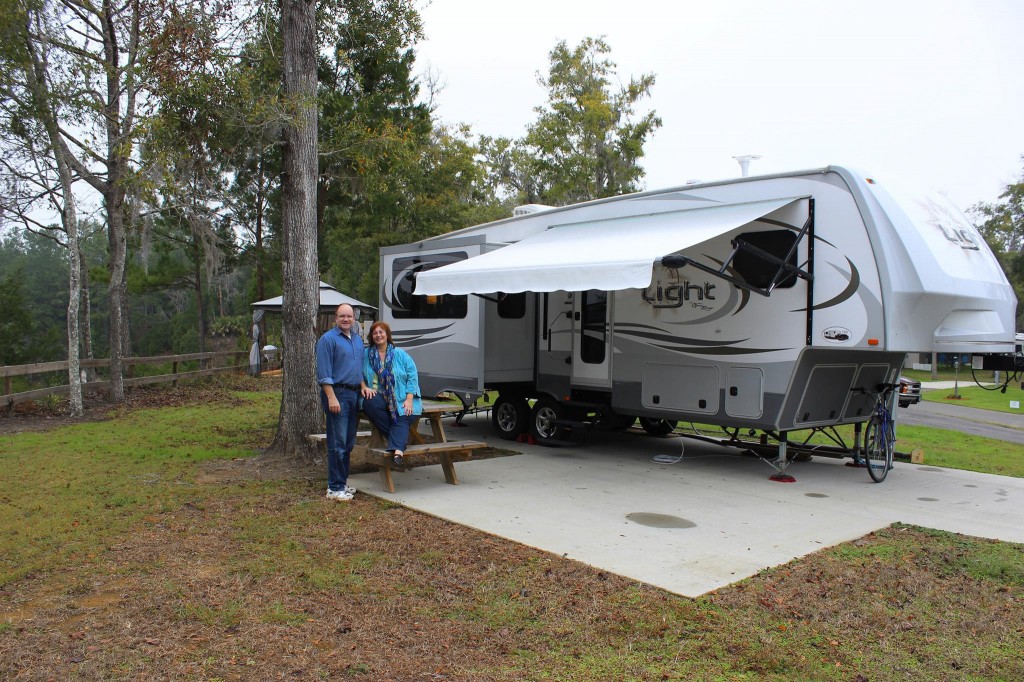 The weather was quite cool in January – it dropped down to 27 degrees at night. That’s the difference between the northern part of Florida and going farther south in January. It didn’t bother us at all!

During the week we drove 20 minutes toward Gainesville to work at two different libraries. Rob had some consulting work with videos, so upload speed became an important issue. Libraries!  The best public spaces! Books, more books, comfortable places to sit, quiet,  free Wifi, and sometimes the most beautiful architecture!

This book:  ” Hooked: How to Build Habit-Forming Products

(click the picture of the book, and it’ll take you to Amazon if you’re interested in learning more – affiliate link)

Here’s a page – so many stories and theories on the psychology of how user habits form. But it’s not just for people creating products… it’s for each of us that find ourselves reaching out and engaging in social media – checking our email, going onto Facebook, watching YouTube videos…  Knowing what makes us do the things we do can help break those habits! (maybe) 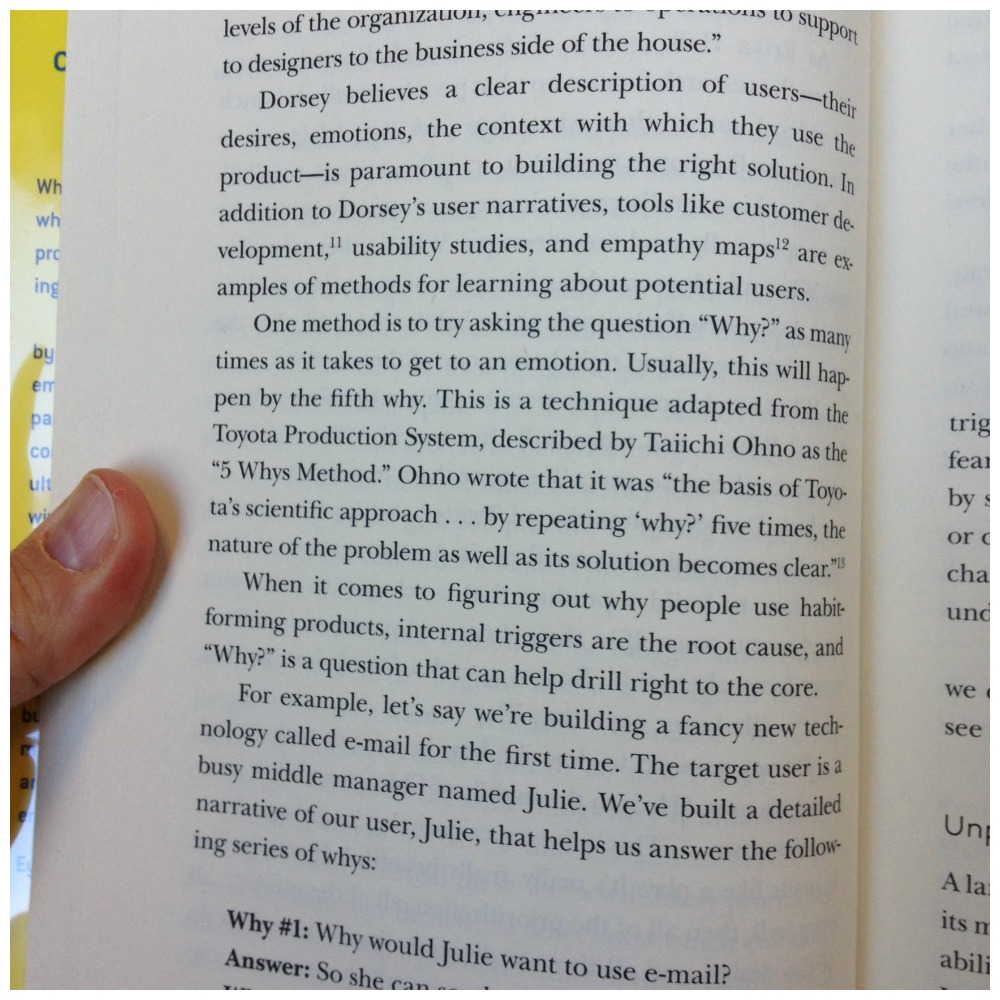 Yes,  Florida is about the water. (At least to me, anyway.)

Williston is about an hour away from Cedar Key beach – so even though it was a bit chilly, one afternoon we drove to the Gulf at Cedar Key. (Rob’s legs haven’t seen the sun like that in at least a decade! LOL) 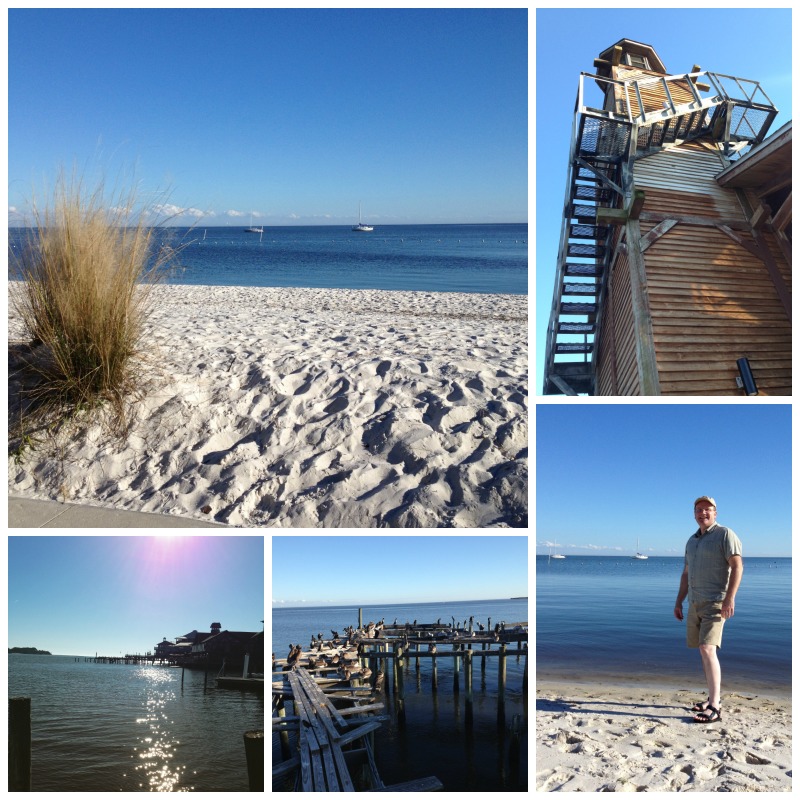 We met some lovely people in the RV Park – both when Rob did customer insight interviews, and when we participated in activities…

and finally meeting friends who we’ve known via facebook… (and stories from their family) but now we’ve shared time in real life!

When the little boy with me (in the picture above) turned one year old, my mom was a guest in this family’s home. She was holidaying in Florida, and didn’t have a ride to church, but the local minister drove quite a distance to come pick her up. Not only did they do this for a stranger – a widow – but they also included her in their family celebration of their little boy’s 1st birthday. I heard about this story from my mom at the time, and thought they must be wonderful…

Later in life,while living in Raleigh, a couple joined our congregation. After much conversation we realized this family from the above story were their children and grandchildren. I connected with Debbie on Facebook. We shared notes back and forth because she missed her parents, and I could give them surrogate hugs… Now – here in Brooksville, about an hour away from Williston – we were able to finally spend a short time together. What a privilege!

It’s a beautiful thing to meet people who live their Christ-like faith – going the distance for a stranger, giving them food and drink and including them as family. That’s this family’s legacy! 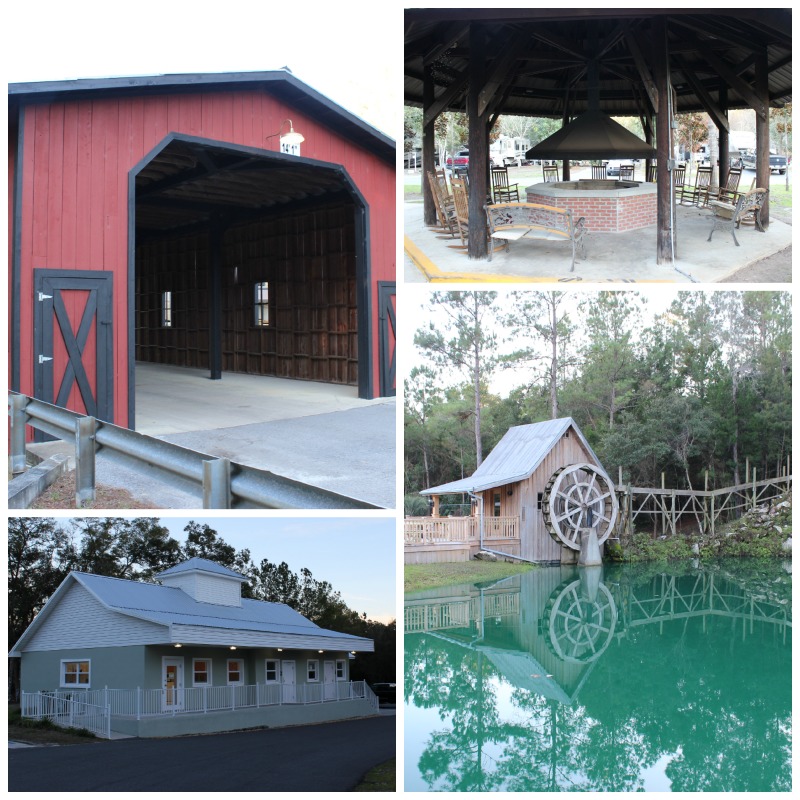 A covered bridge dividing the older part of the RV park from the newer part – the fire pit where people gathered to listen to the guitars and sing a few songs by firelight – the pond and snack bar with the faux water wheel – AND the laundry building! Laundry is a very important part of life on the road – especially if you don’t have your own machines!

The main reason we went to this area, was Robert’s speaking schedule. He talks with business leaders about Values in Business. 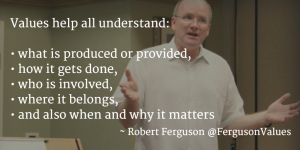 During January we also finished up work on Robert’s website – FergusonValues – making it fully for business, and responsive to whichever device on which you view it. We wrote copy, added videos, and new photos.

We also worked on the second version of Robert’s free ebook: Developing Your Differentiating Values. 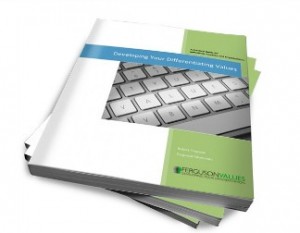 We also wrote a very short ebook “29 Reminiscing & Reflecting Questions for Couples”. (you can download this by clicking the picture)

It accompanied our series of posts for couples on Goal Setting on our other website, Encourage Your Spouse.

January had a lot of writing, and of course, Rob is still working on his book about the Fortune 500 companies and their 17 Common Values. Whenever he mentions this book to participants in his presentations they’re quite enthusiastic… Now it just needs to get finished!

Since we’ve been traveling, Robert has done much more shopping than the 29 years before. He’s always interested in comparing prices…  But here in Florida Robert has found something: 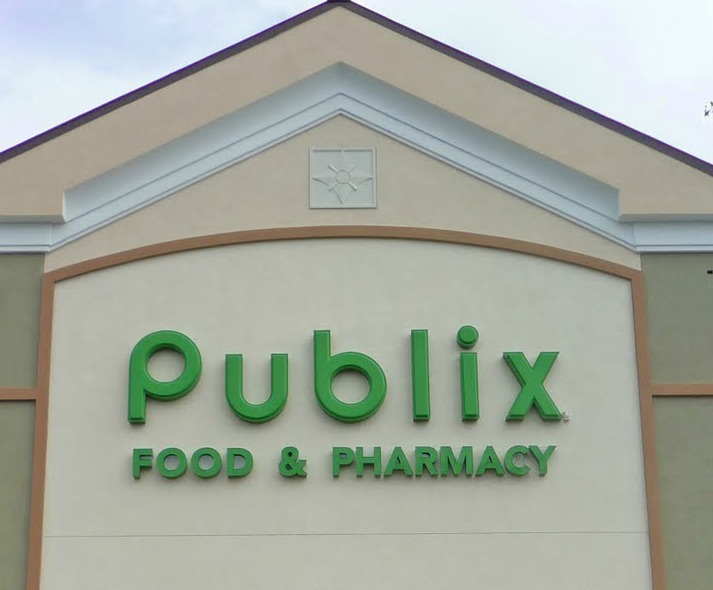 Every time he comes out of this grocery-store chain, he’s smiling! Their slogan is: “Where shopping is a pleasure.” and Robert says it’s true…  They’re a private, employee owned company, based in Lakeland Florida.

During our time in Florida, Robert had to do the shopping (and other activities) himself, because I had a problem with my knee.

I was blessed by a lady in the Ocala church who loaned me a cane. I hobbled around for many weeks, but am moving with greater ease now. The generous lady encouraged me to keep the cane, so it’s stored in the basement of our little house-on-wheels. (Thanks so much Linda – it made all the difference!)

And a few more pictures. 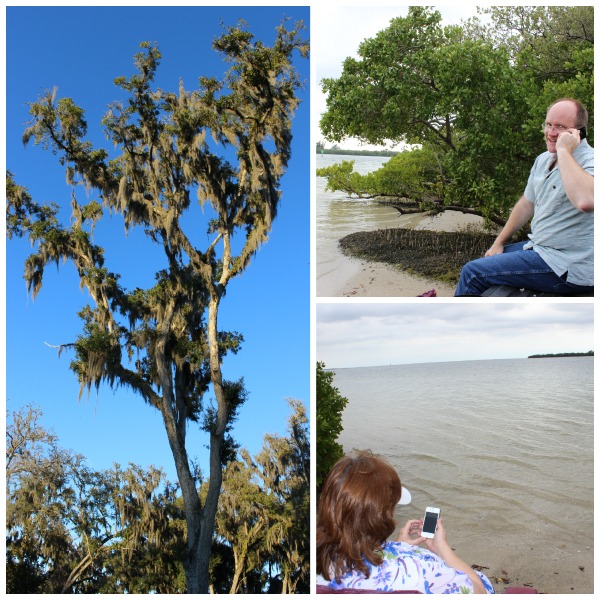 A few more things about living in Florida for two months:

– Social media and talking on the phone is much more fun beside the water!  We were decompressing after one of Rob’s presentations and Rob was phoning his Mum and Dad to share how it went. Just as it was happening, I uploaded the photo of Rob so his Mum could see where we were.

The next post is going to be about second month living  in Florida – March.

(Yes – I’ve missed writing about February 2015. That’s another post about our time in Louisana, including a trip to New Orleans and our brush against Mardi Gras. That’s coming…)

Have you spent an extended time in Florida?