The World of Coke 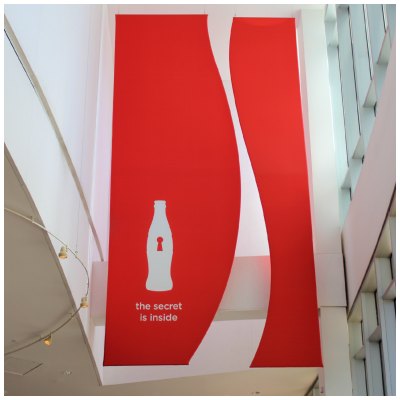 Coke. It’s found everywhere in the world. The unique flavor was created in 1886 and that distinctive glass bottle has been tempting people since 1916. 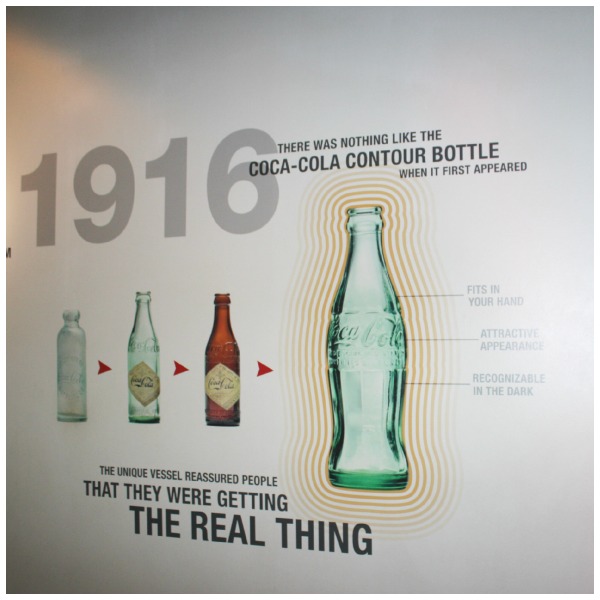 Coca-Cola history began in 1886 when the curiosity of an Atlanta pharmacist, Dr. John S. Pemberton, led him to create a distinctive tasting soft drink that could be sold at soda fountains. He created a flavored syrup, took it to his neighborhood pharmacy, where it was mixed with carbonated water and deemed “excellent” by those who sampled it. Dr. Pemberton’s partner and bookkeeper, Frank M. Robinson, is credited with naming the beverage “Coca-Cola” as well as designing the trademarked, distinct script, still used today.

Prior to his death in 1888, just two years after creating what was to become the world’s #1-selling sparkling beverage, Dr. Pemberton sold portions of his business to various parties, with the majority of the interest sold to Atlanta businessman, Asa G. Candler. Under Mr. Candler’s leadership, distribution of Coca-Cola expanded to soda fountains beyond Atlanta.

Visiting the World of Coke in Atlanta

We spent four weeks in the Atlanta area, and our one side trip was to the the Coke Museum in downtown Atlanta. For a few hours, we were immersed into the world of Coke – all 92,000 square feet of a bright, modern museum. 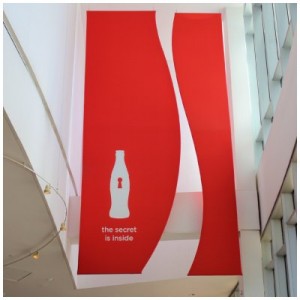 The museum is huge – starting with a lobby containing seven person-sized bottle sculptures that were created for the 1996 Summer Olympic Games, and then a loft area where museum guests are surrounded by all kinds of Coca-Cola historical kitsch from all over the world. 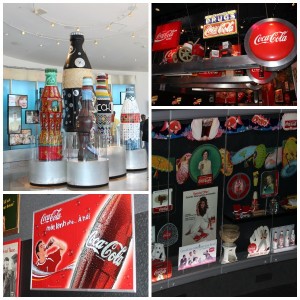 From the loft area, guests are ushered into a theater where we watched an exclusive (to the World of Coke museum) film highlighting all the happy moments in life of which Coke plays a part.

Yes. I did shed a few tears… and we laughed. Coca-Cola knows how to market their product!

When the movie was finished, the doors at the front of the room opened, and we went into the main 2-level museum area. The eight galleries are accessible from this open rotunda. 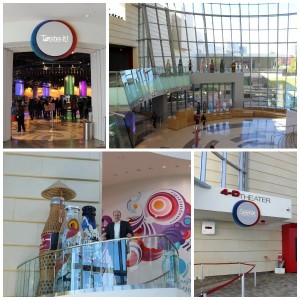 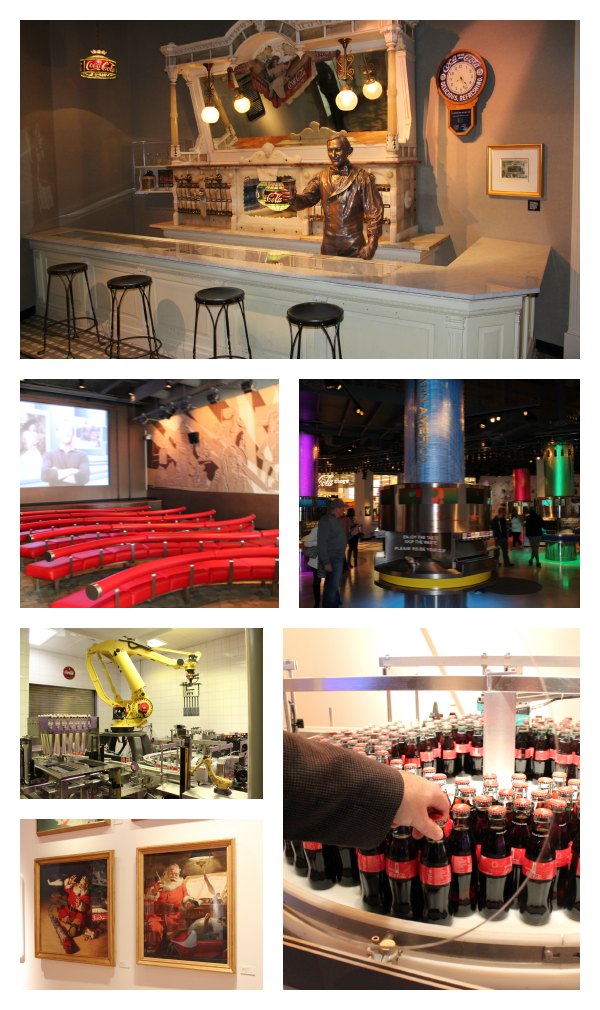 After tasting lots of versions of Coke from around the world, we left with our own bottle of Coke. Its cap and label is unique to the World of Coke Museum.

In the square where the World of Coke museum is located, there are also two other tourist destinations: the Georgia Aquarium, and the Center for Civil and Human Rights. I’d love to see both! (But that’s for the next trip to Atlanta, I guess.)

Would you like to preview the World of Coca-Cola experience as you plan your trip to Atlanta?

Watch this playlist of short videos (12 videos all under 20 seconds) to get the idea: