Drive In At Dusk 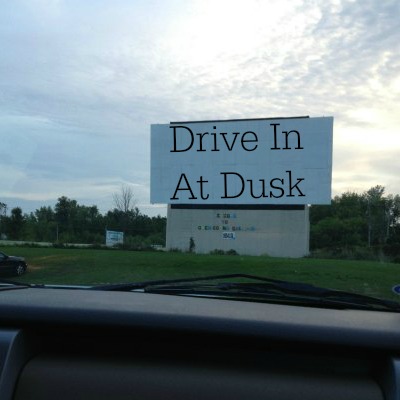 Do you remember Drive-In Movie Theaters?

Date night in a darkened car…

Can you imagine large, open areas, with huge outdoor screens…

the cars streaming in, crunching through the gravel

and parking in rows, all facing the screen?

And dusk slowly darkens the sky.

The smell of popcorn fills the air,

a few movie-goers set up lawn chairs in front of their cars and chat,

others throw a Frisbee, or visit the snack kiosk,

and the sun is almost set. 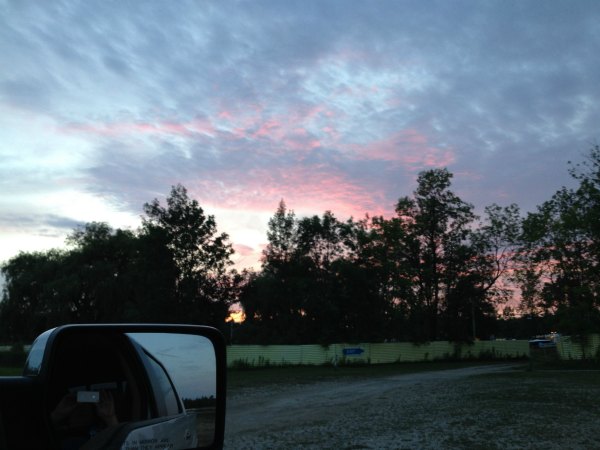 And then the screen comes alive…

The Drive-In at Owen Sound, Ontario

Robert and I took the opportunity to spend an evening at the drive-in movie theater in Owen Sound, Ontario at the end of August 2014. We stayed for both the features, and enjoyed the vintage cartoon at the beginning. I could imagine my parents watching that same cartoon when they dated in the 1950’s.

A little history & a few details:

Have you ever been to a Drive In?

It makes for a fairly economical evening out with your sweetie, all huddled together in the dark. It’s romantic.

(And if you have kids, just bring them in their ‘jammies with a pillow and blanket – they might fall asleep before the 2nd movie of the night!)

Some ideas are just too fun to only do when you’re dating!

*Have you ever thought about making a photo book about all your adventures?
Photobooks, stationery, cards, and more from Shutterfly.

(*This is an affiliate link – the price remains the same for you, but we get a few pennies for each purchase!)