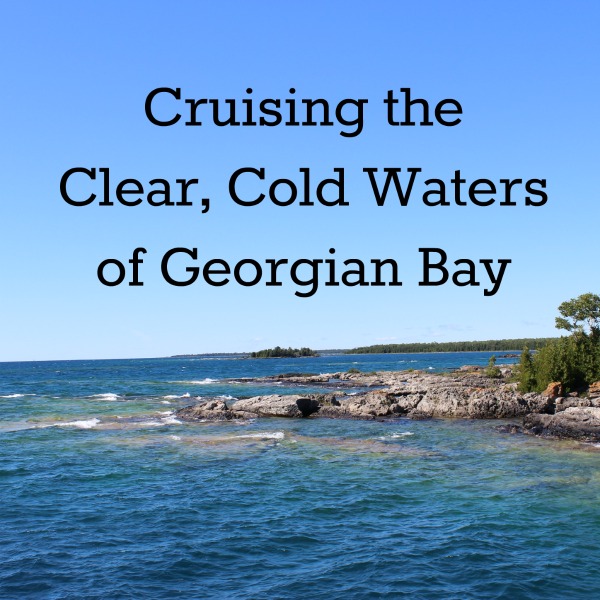 Tobermory lies at the tip of the Bruce Peninsula in Ontario. It’s a tiny town, with a main focus on tourism. Summer tourism… I’m not sure anyone wants to be there in the winter!* 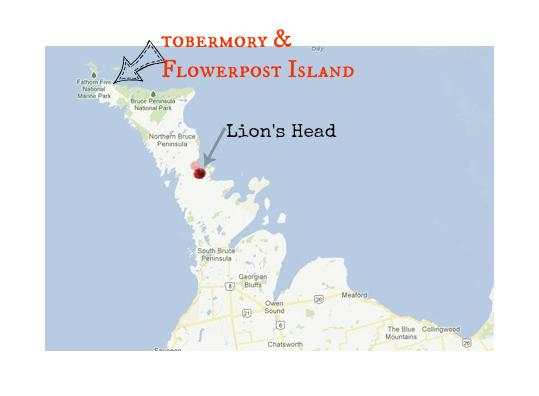 Robert and I traveled up the peninsula from Lion’s Head to Tobermory on August 28th. I hadn’t been there since 1987 when we came back from Victoria, BC. All things considered, I don’t think the town had changed much. Maybe there were a few more tourist traps…

Regardless, it was a beautiful, blue sky day, and we enjoyed the town before taking a boat trip around the islands, including Flowerpot Island.

Here are a few photos of Tobermory – the town, with its marina, the sweet shop, a cool retro Shasta trailer, and, of course… the library!

The library was a log cabin, on land donated and built by two Americans – to be a library – in 1929… 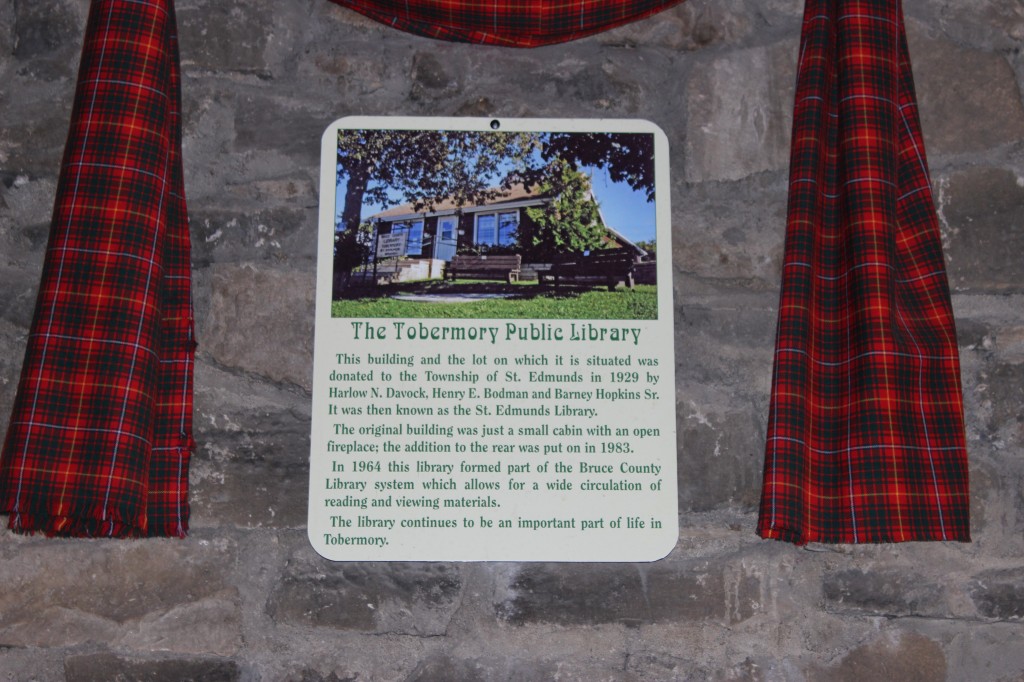 We spent an hour or so in the library – you know… free WiFi!

I also read a book about travel, and Robert took a nap. 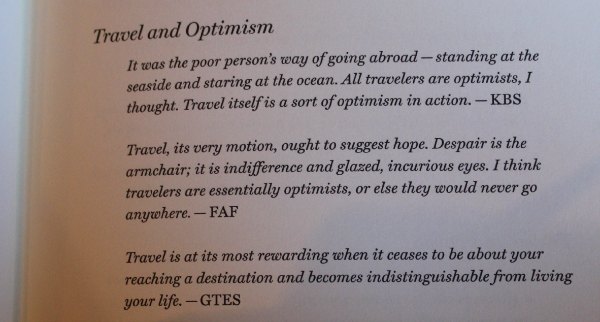 And to represent the tons and tons of tourist shops, we took one photo: 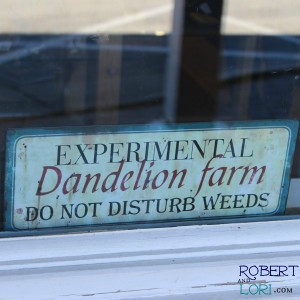 it was time to board the boat for our tour

The deep and sparkling waters at the mouth of Georgian Bay are home to Fathom Five – Canada’s first National Marine Conservation Area. The park preserves a rich cultural legacy that includes 22 shipwrecks and several historic lightstations. Fathom Five’s freshwater ecosystem contains some of the most pristine waters of the Great Lakes. The rugged islands of the park are a reminder of the impressive lakebed topography found beneath the waves.

Our tour of the marine park took us past 2 of these sunken wrecks, and around a number of the islands, including FlowerPot Island. The boat had a section that was a glass bottom, so those who were interested could see directly below. (The water is crystal clear and the schooner from 1885 lies 20 feet below the surface.) 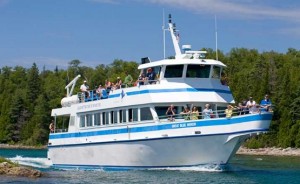 And here are some photos of the pristine water, the layers of rocks, and finally the Flower Pot formation…

What are the “Flower Pots”?

A flower pot is a stack or seastack – geological landform  – consisting of a steep and often vertical column or columns of rock in the sea near a coast, formed by erosion. Stacks are formed over time by wind and water, processes of coastal geomorphology. They are formed when part of a headland is eroded by hydraulic action, which is the force of the sea or water crashing against the rock. The force of the water weakens cracks in the headland, causing them to later collapse, forming free-standing stacks…

We had a wonderful afternoon – the photos don’t do the experience justice. I would completely recommend a trip up the Bruce Peninsula just for this excursion alone… even some four-footed friends enjoyed the ride! (Although Rob got a bit queasy. Somehow I don’t think I’ll ever get him to go on a real cruise!)

For sure this would be a great summer excursion.

All this gorgeous water freezes during the winter!

(*Yeah. There’s my bias. As beautiful as a frozen, blowing snow landscape can be when looking at it from inside a house, last winter I heard some areas were snowed in and shut down for a while. That just doesn’t sound appealing. At least to me. Maybe you’re different…)

Have you visited Tobermory?

What was your favorite spot?

PS – about the Sweet Shop.  (see photo in the first collage) We knew it was going to be stop-over because half-way up the peninsula we saw this sign: 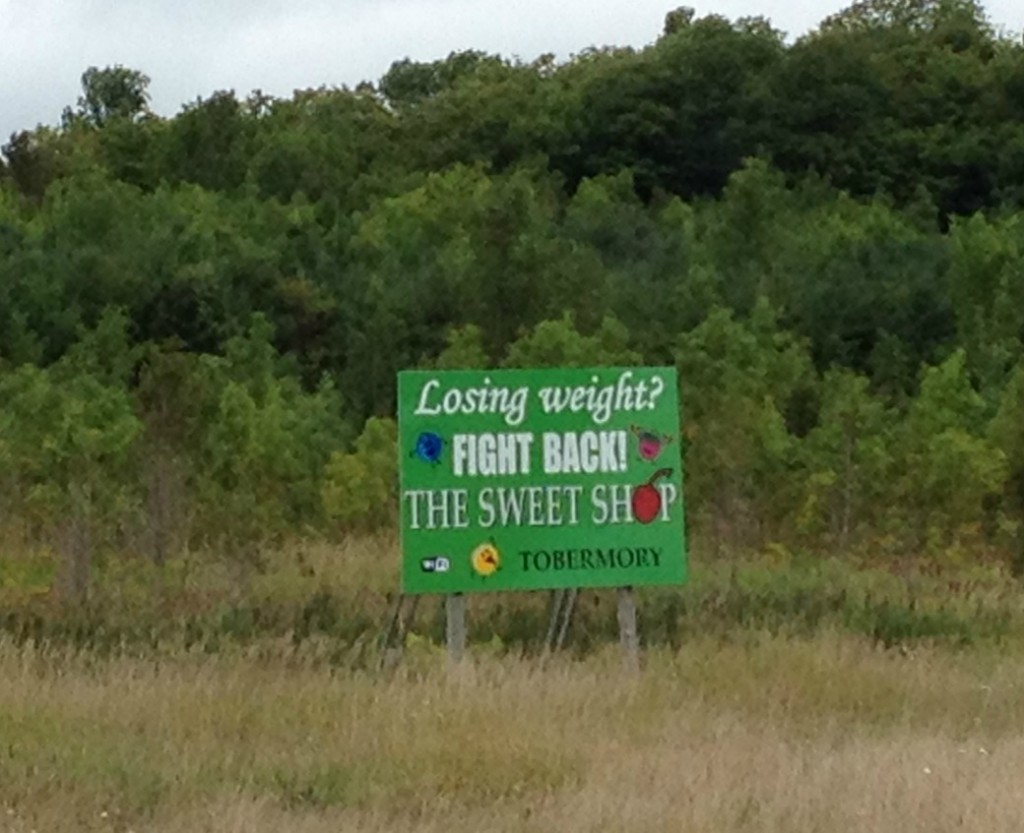